It’s a long way from Billings, Mont. to DC, but JCR Cos managing principal Joe Reger has made the transition with ease—and success. Now he leads a firm that owns retail properties in some of the DC area’s hottest spots. Encouraged by his parents to leave Big Sky Country for college, Joe chose Southern Methodist U in Dallas. In school, he interned with real estate investment bank LJ Melody & Co, giving him a strong introduction to the industry.

After college, Joe’s soon-to-be wife landed an internship with the Smithsonian, which brought the couple to DC. Having enjoyed his time in real estate in Dallas, he knew finding a similar job in the DC area was a priority. Searching for real estate jobs here created a fondness for the industry community locally. “There was just a good group of people in real estate here,” he says.” He landed an investment sales job with Marcus & Millichap, and landed a role with Chicago-based Next Realty not long after.

The four-year stint with Next Realty meant learning how to purchase value-add retail. He worked on deals across the country, including properties and parking lots in DC, Chicago, Philadelphia, and San Francisco. Joe says he also developed knowledge of the retail business in general with Next—the firm’s founders operated a national sporting goods retailer before morphing into a retail real estate owner. That was valuable since retail is an asset class “that not a lot of people play in,” he says.

After a stint with Next, Joe moved on to a similar role with McCaffery Interests, a firm he had admired from afar as “pioneers” of mixed-use development.

But in 2009, as the recession slugged on, Joe saw a window of opportunity he might not see again. With good real estate available for attractive prices, he decided the time was right to start his own firm, establishing the JCR Cos. Leaning on Joe’s expertise as a buyer of urban value-add retail, the firm has since purchased 18 assets in the DC area, including shopping centers, high-street retail, apartments, and even office in hot submarkets like the 14th Street Corridor, Georgetown, Logan Circle, Dupont Circle, and Old Town Alexandria.

Notable properties the firm has purchased include over 50k SF of retail on 14th Street and in Logan Circle, which you may recognize as the homes to retail tenants Mitchell Gold & Bob Williams, Timothy Paul Bedding, VIDA Fitness and Bang Salon, B-Too, and Cork and Fork.

Joe says the firm’s portfolio is close to 100% leased. JCR is also leveraging its know-how as an owner to branch out into third-party brokerage, recently launching JCR Retail Brokerage, which focuses solely on retail landlord rep work. “We’re able to offer a level of expertise with mixed-use,” not often seen in the brokerage biz, he says, building on the deep institutional knowledge of owning and operating properties.

Joe’s Montana roots haven’t left him, as he often gets back to his hometown with his wife and 2-year-old son. Enjoying the outdoors is something that’s always been a part of his life—his dad would take Joe and his siblings on hunting and fishing trips “almost every weekend” growing up, and his parents often let him even miss school for fishing trips and other outdoor activities. He’s also an avid golfer, skiier, piano player, and American history buff, particularly studying the Lewis & Clark expedition.

Joe is part of Bisnow’s Ascent community of up-and-coming leaders in commercial real estate. For more info on Ascent, 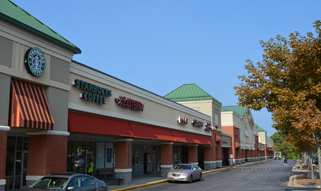